WASHINGTON — Want a free COVID-19 rapid test from the federal government? Then hurry up and wait.

The White House announced Friday that its website for Americans to request the coveted tests will go live Jan. 19 — before acknowledging that orders will “typically” ship 7-12 days after they’ve been placed.

That lag time, followed by additional days to deliver the packages, means people requesting tests (up to four per address) will have to submit their orders before they experience symptoms. It’s also conceivable that Americans could undergo a full viral cycle in the time it takes to order and receive one test.

In addition, it is unclear if the first kits will arrive before Omicron cases begin to drop substantially across the country.

The launch of COVIDTests.gov will be closely watched by President Biden’s critics, who have faulted him for rejecting an expert proposal to mass-distribute free tests to households before Christmas to prevent a winter surge of infections.

A bungled rollout of the website or subsequent distribution issues could badly hurt Biden’s already-damaged credibility on managing the pandemic.

Another high-profile website rollout, the Obama-Biden administration’s Healthcare.gov, turned into a technical and public relations fiasco in 2013 despite massive investments of time and money in its creation.

The launch of COVIDTests.gov comes four weeks and two days after the White House first briefed reporters on the plan Dec. 20, and it will happen the same day Biden hosts his second solo press conference at the White House.

The US Postal Service will manage the packaging and delivery logistics for the mass-distribution drive. Biden said earlier this week that he would boost the initiative from 500 million to 1 billion tests. 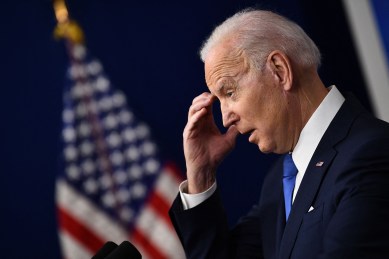 Read How to Get Free COVID Test Kits by Mail as Government Website Set for Full Launch by NBC Chicago on MSN.com